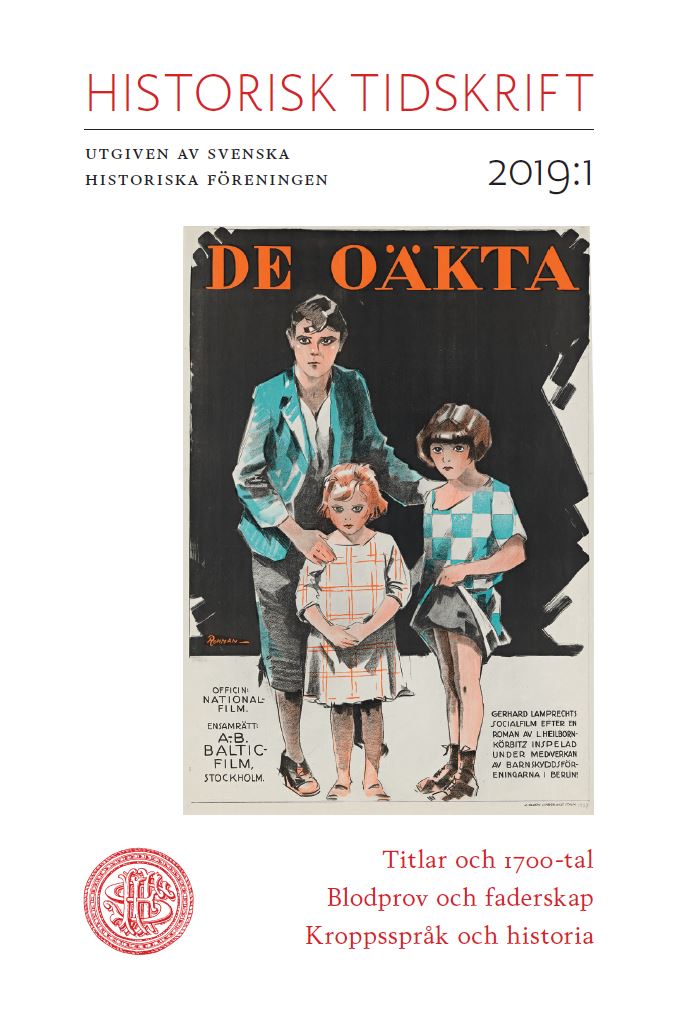 The truth about fatherhood, via the blood: ”Loose women”, blood group analysis and paternity cases 1917–1949

From the mid-1920s, scientific knowledge about the heredity of blood groups was introduced into politics and court cases about disputed paternity in Sweden. The aim was to protect men who, perhaps wrongly, had been singled out as fathers of extramarital children. In 1917 a Swedish law that stated that all children should have a recognized father who should also pay for the child’s support was adopted. If the alleged father refused to acknowledge the child, the case would go to court. The court decided the case on information that the couple had had intercourse at a time when the child could have been conceived. In such case the man was deemed the likely father. The law was seen as a great step forward for unmarried mothers and their children.

In the mid-1920s, an animated debate questioned the provision of the law that gave women the right to single out a particular man as the father under oath. It was argued that ”loose women” would select a particular man among several possible fathers to receive the highest possible allowance. The new technique of blood group analysis was seen by experts and left-wing and women’s movement actors as a possible and objective means to determine the truth and save the law.

Based on the concept of technopolitics and on theories of the social construction of a social problem – in this case men’s presumed lack of legal protection – and of ”loose women” as a risk object, the article discusses the controversies around the scientific validity of the blood group tests and the efforts to make scientific evidence be counted in court. It documents the steps towards a parliamentary decision that would lead to a 1933 law, among the first in the world to make blood tests mandatory for women in court cases about disputed paternity. The analysis is based on contemporary media, official investigations and statistics, and cases that reached the Supreme Court. The article discusses the contradictory notions within science and the law about what would count as evidence and truth, and locates the Swedish experience in an international context, comparing the very different roles of expert knowledge in court proceedings in different countries. The example of blood group analysis in disputed paternity cases shows how biotechnology was introduced into the contested terrain of interwar sexual, family and welfare politics, contributing to the biologization of the notion of fatherhood and to an increasing use of medical expertise in court.